I have so much to write aboot & once agin, so little time.  I have seen slightly more than a few movies recently that I would like to discuss.  And if I were any kind of real writer I would link the "reviews", if you will, Pauline Kael-New Yorker stylee.

I will try my bestest.

First, I have another correction for my blog:  Benedict Cumberbatch & Olivia Poulet are not  married.  They are long-time partners according to commenter Anonymous.  And if any fucking person is taking the time to make a comment on my sorry-ass blog, I am taking their correction as gospel.  So there.


I fucking nearly cried (has got to be the worst paragraph link in history) when I watched Soderburgh's Spalding Gray "doc" OnDemand (for the second time) last night.  Soderburgh nailed it.  No voice-over, no "history" whathaveyou, just Spalding Gray telling his life story through his monologues & interviews.  Some would say (on Fox News), "What about his suicide?" Well, Soderburgh was smart enough, and disciplined enough, to proclaim through his film, 'That if Spuddy di'n't tell that story or appear in that interview then it does not make my film.'


(SPOILER ALERT! STOP NOW IF YOU ARE UNFAMILIAR W/ GRAY'S ANATOMY!) Of course, Soderburgh makes us cry at the end, w/ the howling dogs and the home movies. But the other, more crucial thing aboot this excellent film, basically aboot death and suicide, is how alive it makes me feel.


Say what you will aboot Gray's neuroses & hypochondria & desperate pleas for attention & fame, yet Gray told a kind of straight white-man truth that so many of us can identify with.  & do identify with.  & he did it through near the most esoteric, pretentious sort of way; monologues, performed on-stage, part of the off-Broadway, avant-garde (&, gawd, does not this country hate the avant-garde [especially if it originates from New York, like his performances did.])


I worked w/ a woman who knew Gray.  She proclaimed to me aboot numerous late-night phone calls, what a nuisance he was.  I di'n't believe her then & I do not believe her now.


Gray was an incredible talent who did something I honestly believe I could do, as well.  He was so fortunate to be in Manhattan, w/ the Wooster Group, just when he discovered what his talent was.  He was a fragile fragile soul; exposed, seduced, and intoxicated with, yet terrified of fame.


It was my buddy, Chris (I had made him watch Swimming to Cambodia & Monster in a Box) who told me that Gray was missing.  Everyone knew.  I knew.  Even then.  Everyone knew he had taken his own life.


But Soderburgh shows all the wisdom, hilarity, depth, & heart that made Gray such a great (albeit troubled) soul.


Do not get me wrong, I liked the film.  But it is so New York, so, "My Dad writes for TV," if you know what I mean.  Some of the pop culture references fall completely flat, they are utilized way way too soon to resound w/ any kind of serious mainstream audience.  (Let us face it, if you are showing your fucking film in Fresno or, say, Tulsa, where this film will play, then it had better play, no matter whatever your college-kid intentions were.)


I am flipping back & forth.  I loved the Charlotte character.  I loved the party scene where our protagonist is exposed as an attention whore.  I loved how we are expected to love this contemptible, self-hating woman.  I loved the film's depiction of the New York art scene as empty & blind to the new wave of media.


But, I cannot get over the fact that she cast herself in the starring role, of a film she directed, w/ her real-life Mom and real-life sister playing those roles.  Even Plath's satiric, The Bell Jar, does not make me cringe like this film does.


The sex scene in the tube? Is it a reference to Fast Times? & why am I not believing it anyway?


Honestly, this director could grow & become a Todd Solondz-like master, or could fade away in to avant garde video theater & be never heard from again (except for cultish chick-y, gay types in the Village.)


OKAY, Fran Lebowitz, the Major & the Minor tomorrow.
Posted by Ardent Henry at 00:30 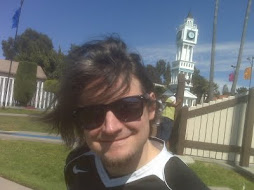 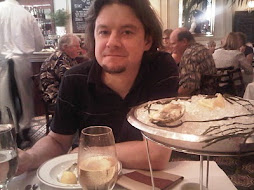 Ardent Henry
I am a Wine Buyer for a major supermarket chain store in Walnut Creek, CA. I started working as a child actor when I was eight years old, & did stage-work, appeared on syndicated TV, & even 2 national commercials. I quit working as an actor in high school. I earned a scholarship for the University of Texas at Austin's Drama Department, but did not finish, dropped out and joined a rock band as a singer. More recently, while living in Oakland, CA, sang for another rock band, Suicide Doors. I am married to a wonderful woman, Renee, and we have two cats, Nora (Charles) and Molly (Ivins). And we all miss Mavis tons. She is on the biggest bestest lap evah now. 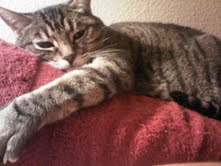 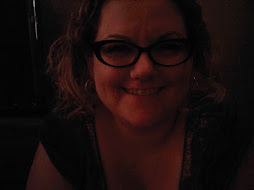